These 2 global disasters are just waiting to happen…

When it comes to the realm of survivalism, prepping, and homesteading, there are a wide variety of disasters and potential survival situations that one might prepare for. Some of these situations are more realistic or likely than others, and determining the most probable scenarios can help you decide where to focus your prepping efforts. For example, it may make more sense for you to stock up on hurricane supplies than to focus on compiling zombie-annihilating weapons.  So, with that being said, what are some of the most likely disaster scenarios that you may see in your lifetime? Here are some global disasters that are just waiting to happen:

Oil is what lubed the wheels of the twentieth century, allowing humankind to thrive like never before. Without it, transportation systems (commerce, trade, etc.) would come to a halt, followed by a socioeconomic downward spiral. Agricultural production would cease, resulting in worldwide food shortages and famine. Gradually civil unrest would radiate through urban areas, culminating in a rampant surge in rioting, looting, and crime. Yes, quitting cold turkey our dependence on Texas tea will have certain ramifications, but how we move forward will be a true indicator of our success as a civilization. Fortunately, we’ve made great strides in renewable energy technology, which some consider an energy recovery plan for a worldwide oil addiction. But until our current drive toward wind farms and Teslas gains traction, black gold will continue to make the wheels turn.

Global Disaster Waiting 2: An Earthquake… “The Big One”

Another disaster is looming right under our feet. The Cascadia fault line lies between convergent tectonic plates off the coast of Washington, Oregon, and California. Over the past 10,000 years, this region in the Pacific Ocean has produced 41 major earthquakes (greater than 9.0 on the Richter scale), which comes out to about one every 244 years. The last earthquake of significant magnitude was 319 years ago, in 1700, which suggests that we’re overdue for a big one. It’s estimated that such a seismic event would generate an 80–100-foot tsunami, submerging coastal towns such as Seattle, Portland, and Vancouver under several feet of seawater. FEMA projects around 13,000 deaths from this potential disaster, with another 27,000 injured and more than 1 million people displaced. To put that into perspective, a 9.4-magnitude earthquake hit Alaska in 1964, creating a tsunami that reached more than 20 countries. Swells up to 220 feet were recorded, slamming the Pacific coastline and leaving hundreds of casualties along the coast. The destructive potential is clear, and unlike the dwindling supply of crude oil, we have no idea when an event like this may occur. It’s an inevitable disaster waiting to happen (scientists give it a 12% chance in the next 50 years), yet there’s nothing to do but prepare and wait.

Expect The Unexpected… You Never Know What Could Happen

Sometimes, however, even the most seemingly realistic disasters never come to fruition, and the most unlikely ones do. On December 31, 1999, the world waited in suspense for the impending Y2K meltdown , which many people were certain was a global disaster waiting to happen. The Y2K computer bug had the world on alert, awaiting a potential “event horizon” that would collapse computing systems worldwide. Grocery store shelves went empty as people stockpiled supplies and hunkered down for the malfunction of electronic systems worldwide. When the ball fell on the year 2000 and nothing happened, many felt duped, especially those primed for the fallout. And though a disaster was averted, this illustrates that the most unanticipated outcomes can occur, and even the best-designed strategy has the potential to fail. 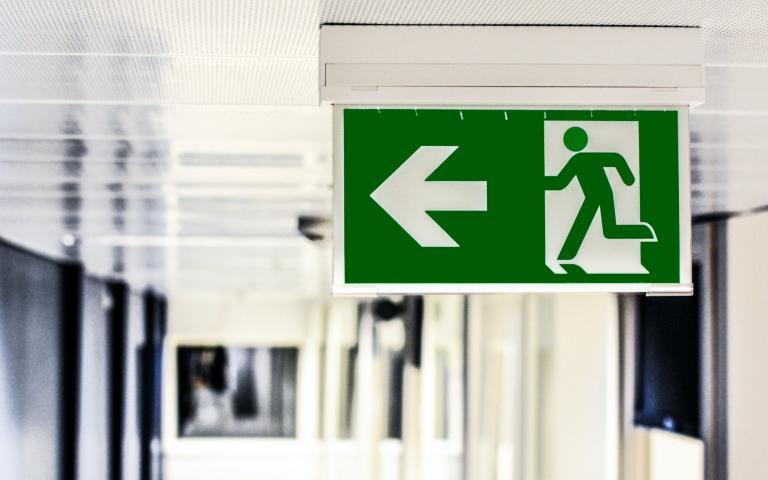